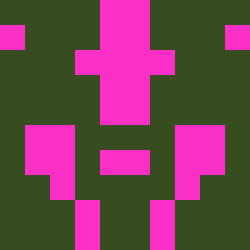 Current new grad in Computer Science specializing in Programming Languages, interested in the fields of data science and full-stack development.

• Worked on data-driven testing by running a full regression on source and target after system migrations thereby helping to
detect data anomalies in the migrated database before going to production.
• Implemented page level design of an automation testing framework for elemental testing of product base versions using Java
built on Selenium.
• Designed and automated test cases in Cucumber reducing about 4 hours per day of manual QA effort.
• Created a traceability Matrix to ensure 100% test coverage for all client customizations on the base product.
• Gained industry knowledge in working with project management tools for tracking and estimation.
• Worked as part of the scrum team which provided exposure into the workings of the industry.

Sentiment Analysis on Soccer Players
• Implemented a data collection pipeline by collecting data from Twitter and performing sentiment analysis using Python,
MongoDB to store data and NLP libraries such as TextBlob and NLTK for analysis of collected data.
• The analysis provided sufficient insight into the reactions by fans of popular football clubs during league matches.

Travel recommendation system
• A recommender system that uses collaborative filtering to output itinerary plans using Java, MySQL and markup languages.
• This provided the user with personalized itinerary plans based on input conditions such as budget, time duration, size of group
visiting and their choices of places to include in the itinerary.