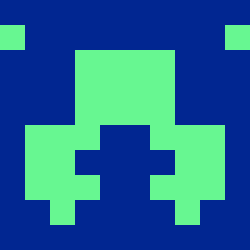 I'm Nate Hilscher a Junior Computer Science major at Binghamton University. I enjoy making projects at hackathons and joined this website to look for new projects to work on and for my Software Engineering course this semester. I initially worked in Java and C++ primarily, but have expanded to working in a variety of languages including Ruby, Python, and Javascript.

Leap Motion Project, BrickHack II Rochester Institute of Technology
Rock, Paper, Scissors – Team Leader March 2016
• Researched the API of the Leap Motion infrared controller and experimented with its potential to accurately track hand
gestures used in the classic game: Rock, Paper, Scissors
• Managed a team of two other programmers in brainstorming, scheduling, and task delegation to program and
develop art assets for our technical presentation of our program for the judges at BrickHack II
• Managed all code and art assets on a public GitHub repository across all members of the project

Game Development, HackRPI 2015 Rennselaer Polytechnic Institute
Ross – Team Leader November 2015
• Worked in a team of four to create a two-dimensional side scroller state-based game inspired by the works of artist,
Bob Ross
• Experimented with the Slick2D game library to implement the states for the game as well as basic collision for on
screen entities in the game state
• Presented completed game at the Demonstration Booth at HackRPI 2015 in front of 100-200 people
• Published all finished code, audio, and art to a public GitHub repository